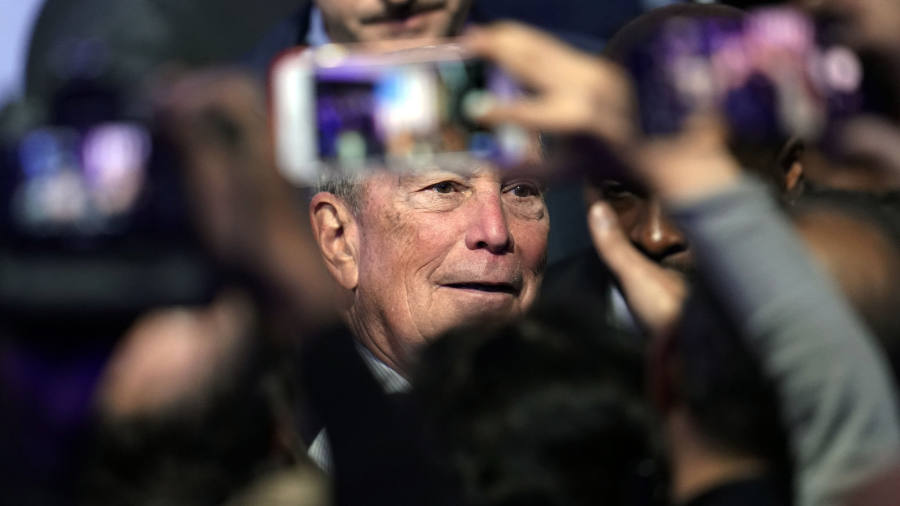 Facebook has rushed out new policies around the use of influencers by political campaigns on its apps, after Michael Bloomberg paid highly-followed accounts on Instagram to boost his US presidential campaign.

Brands have long paid influencers — celebrities, models and activists with large online fandoms — to create “branded content” to promote their products. To date, so-called influencer marketing has fallen largely outside of the scope of Facebook’s traditional advertising policies, however, because contracts are drawn up directly between the brand and the creator.

But the world’s largest social media network raced to update its rules on Friday to include one overlooked category — influencer content paid for by politicians — reigniting a controversial debate about political advertising on social media.

The changes came after presidential hopeful Mr Bloomberg this week commissioned several Instagram accounts with millions of followers to post viral jokes to promote his campaign. The unusual use of Instagram, which included posts showing the former New York City mayor messaging a marketer asking him to cast him as the “cool candidate”, thrust the use of influencers by politicians into the spotlight for the first time.

On Friday Facebook announced that it would officially allow political groups to run branded content, after previously prohibiting them from using certain tools to avoid any risk of “being seen to give monetary contributions” to political campaigns.

When social influencers get paid to post about candidates, let’s have some transparency

It added that it would now require creators who worked with Mr Bloomberg to retroactively disclose that their posts were branded content.

However, in a move that has already prompted criticism, Facebook also said that political sponsored content in the US will not be added to its political ads database, which shows campaign spending by candidate across its platform. The exception is if those campaigns pay Facebook or Instagram for that content to be boosted further.

The platform also said that sponsored content will not be fact-checked if a politician speaks directly through the creator’s account. By contrast, if the content is in the influencer’s own words, then that will be fact-checked. It is unclear exactly how Facebook will judge that distinction.

Facebook has already faced criticism for its decision last year not to fact-check political ads.

Critics warned on Friday that without adding political branded content to its ads library, it would be impossible to effectively track campaign spending.

“When social influencers get paid to post about candidates, let’s have some transparency,” said Ellen Weintraub, a commissioner on the Federal Election Commission, on Twitter, adding that disclosures should be “added to political ad libraries”.

Others saw no obvious solution for ensuring accountability.

“One of the things that Facebook and Instagram keep encountering is that these [systems] are so complex and the players are so diverse that standard methods of tracking or regulating political ads just don’t work,” said Siva Vaidhyanathan, media studies professor at the University of Virginia on Friday. “Democracy is in serious danger because these services are so big.”

The changes come as influencer marketing itself has come under the spotlight following misleading practices by some creators, such as the purchasing of fake followings, fake reviews and failure to disclose paid partnerships.

On Thursday Rohit Chopra, a commissioner on the Federal Trade Commission, announced a review of the rules that currently govern influencers and the platforms that support them in order “to safeguard our digital economy from lies, distortions and disinformation”.

Against the backdrop of scrutiny, some influencer marketing agencies say they have been hesitant to allow their clients to work on political campaigns at all.

“I think it’s a hypersensitive and important topic, that should really be done when there are super clear guidelines and regulations, and I just don’t think we are there yet,” said Neil Waller, chief executive and co-founder of influencer marketing agency Whalar.