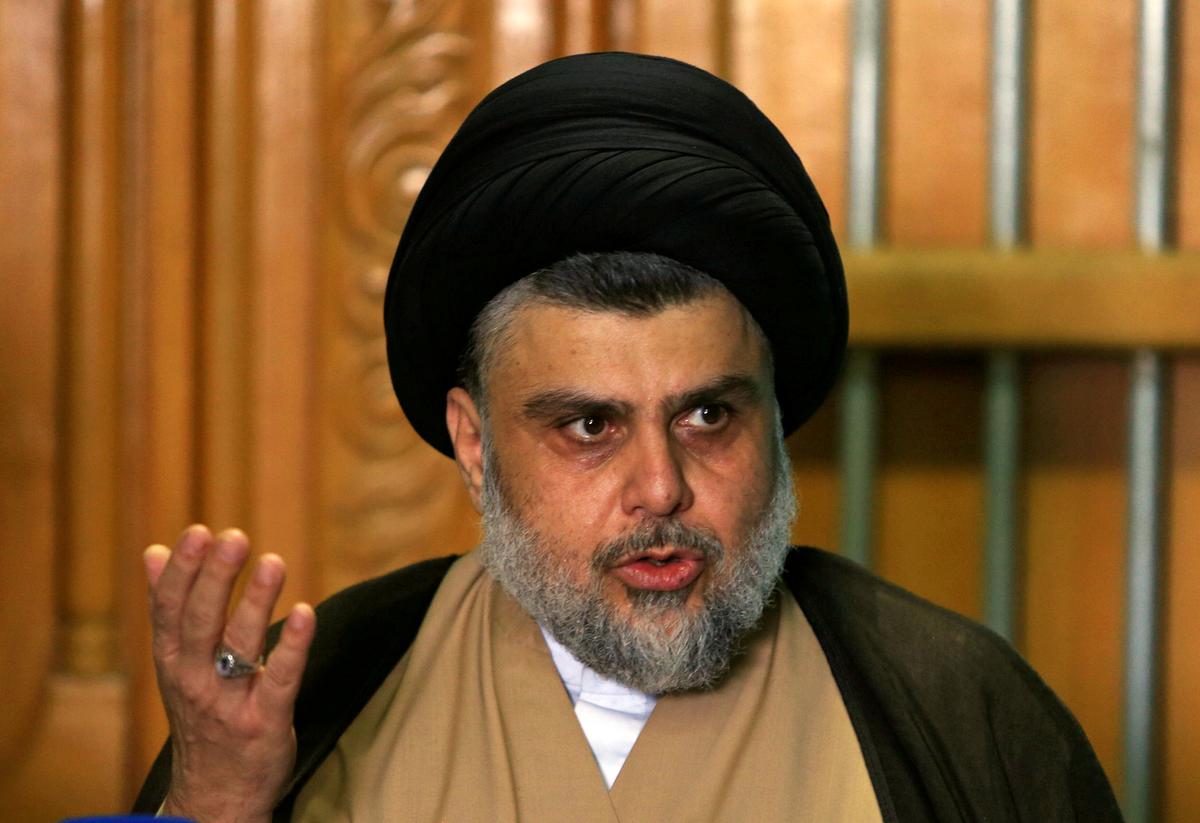 BAGHDAD (Reuters) – Populist Iraqi cleric Moqtada al-Sadr urged his followers on Sunday to help security forces clear roads blocked during months of sit-in protests, calling for a return to normal life after the designation of a new prime minister.

Sadr, who had alternately sided with the anti-government protesters and the Iran-backed political groups they reject, urged his unarmed supporters known as “blue hats” to work with authorities to ensure schools and businesses can operate normally again.

Protests broke out immediately in Baghdad and several southern cities on Saturday night after President Barham Salih named Mohammed Tawfiq Allawi as prime minister in an effort to end the political unrest.

On Sunday, thousands gathered in Baghdad’s Tahrir square, where the main protest camp in the capital is located, to reject the move. They banged drums and chanted against Allawi and Sadr, saying “Allawi is rejected and so are his parties”.

In a message issued on Twitter, Sadr said “I advise the security forces to stop anyone from cutting off roads and the ministry of education should punish those who obstruct regular working hours, be they students, teachers or others”.

Some of his followers appeared to have helped already to clear out protest areas in Tahrir Square overnight, a Reuters reporter said.

Hours before Allawi’s appointment, the blue hats, armed with batons, attacked a skeleton building in Tahrir Square, known as the Turkish Restaurant, that demonstrators have occupied since October.

The building was mostly empty on Sunday and the blue hats stood guard, occupying its gates and pacing with walkie-talkies outside it.

“They attacked us by surprise and forced us out of the building shouting that we didn’t do any good to the country except ruining its economy,” said Rassoul, 20, a protester who has lived in the Turkish Restaurant since October.

Anti-government protests continued nearby, with demonstrators directing their ire towards Allawi. He was named on Saturday as part of a deal between Sadr and rival Iran-backed political groups, who have wrangled since November’s resignation of premier Adel Abdul Mahdi.

Allawi must form a government within a month and face a confidence vote in parliament. Iran welcomed his designation on Sunday.

Protesters demanding the removal of Iraq’s ruling elite and the creation of better jobs and services have regularly blocked main roads in Baghdad and southern Iraq since demonstrations erupted in October.

Some of the protesters in Baghdad on Sunday waved the national flag while others had United Nations and European Union flags. “We call on the UN to support and protect Iraqi protesters,” read several signs.

“Allawi is a member of the political game that has destroyed Iraq, he needs to go,” said Malek Jawad, a student and protester.

A dozen young Iraqis stood on a truck carrying massive speakers and cheered the crowed.

“Moqtada al-Sadr sent conflicted messages since the beginning but at the end he made it clear that he’s against the protesters,” Jawad added.

Sadr supporters watched the protesters from in and around the Turkish Restaurant.

Sadr has directed anti-government unrest in previous years but he has not been able to control this round of demonstrations and many protesters oppose him as much as the rest of the political class.

Sadr’s supporters had previously bolstered the protesters and sometimes helped shield them from attacks by security forces and unidentified gunmen.

Many of Sadr’s supporters hail from eastern Baghdad slums and share the same grievances as many Iraqis over a lack of job opportunities, poor healthcare and education.

The unrest is Iraq’s biggest crisis for years. It has shattered nearly two years of calm that prevailed after the defeat of the Sunni Muslim extremist Islamic State in 2017.