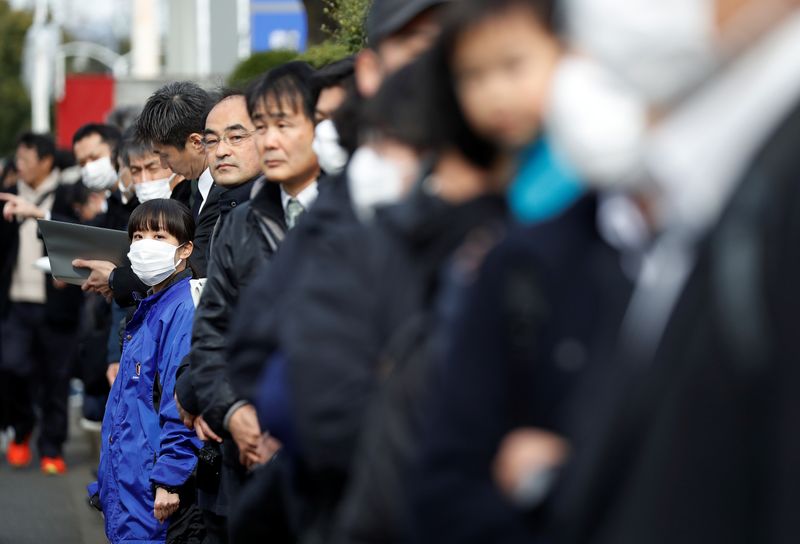 HAMURA CITY, Japan (Reuters) – Japanese actress Satomi Ishihara performed the first ‘torch kiss’ handover of the Tokyo 2020 Summer Olympics torch relay on Saturday during a rehearsal on the outskirts of the capital.

Ishihara’s handover in Hamura City formed part of a dress rehearsal for Tokyo 2020 organizers, who mimicked three legs of the relay that will last for 121 days in the build up to the Olympics that begin on July 24.

The rehearsal comes amid worries the coronavirus outbreak could throw cold water on the Games. Japan, among the worst affected outside China where the virus is believed to have originated, reported its first death from the virus on Friday.

However, organizers have said cancellation or postponement were not being considered and that the Summer Olympics would go ahead as planned.

At the dress rehearsal, hundreds of people lined the streets of Hamura to watch the event, which was complete with sponsorship floats and a heavy security presence as Tokyo 2020 organizers looked to iron out any issues.

“There are many purposes of the rehearsal,” Tokyo 2020 spokesman Masa Takaya told Reuters.

“Today’s rehearsal is focused on the entire operation. This will be the first and last time we do it.”

“We want to check every aspect of it (the rehearsal) so we see this as an important opportunity.”

The torch relay begins in Fukushima on March 26 and will visit all 47 of Japan’s prefectures ahead of the July 24 opening ceremony.

Members of the Japan team who won the 2011 women’s soccer World Cup will start the Japan leg after the Olympic flame arrives from Greece before approximately 10,000 other torchbearers carry on the tour.

The relay is due to pass many of Japan’s most iconic landmarks over the 121-day journey, including Mount Fuji, Hiroshima’s Peace Memorial Park and Kumamoto Castle.