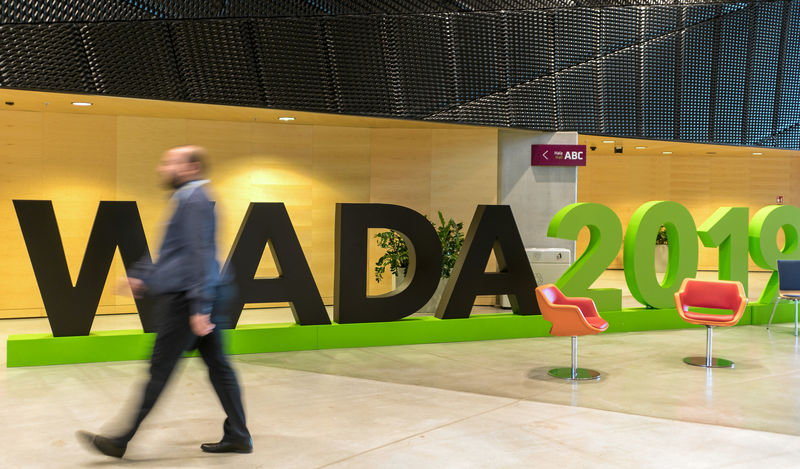 (Reuters) – The World Anti-Doping Agency (WADA) has shifted a meeting that will decide whether to impose new sanctions on Russia, including a possible Olympic ban, from Paris to the Swiss city of Lausanne due to anticipated strikes in France.

“WADA has taken the decision to relocate (the meeting) to Lausanne due to likely disruptions and uncertainty caused by imminent general strike action in Paris,” WADA said in a statement on Monday.

WADA’s executive committee is due to meet on Dec. 9 to consider a recommendation from the body’s independent Compliance Review Committee (CRC) that the Russian Anti-Doping Agency (RUSADA) be ruled non-compliant. The recommendation followed an investigation that found data handed over from a Moscow laboratory had been manipulated and was neither complete nor fully authentic.

The CRC recommended that Russia receive a four-year Olympic ban, which would keep it out of the both next year’s Tokyo Summer Games and the 2022 Beijing Winter Olympics.

It also recommended that Russia be barred from the world championships in a wide range of sports for four years and prevented from hosting major competitions.

WADA said the executive committee meeting will be held in the morning at Lausanne’s Royal Savoy hotel, before an afternoon news conference.